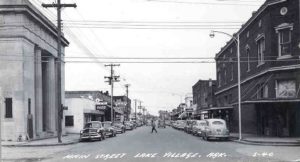 Founded in 1823, Chicot County named Vilemont as its first county seat. Vilemont was located near the mouth of Little Boggy Bayou. Southern boundary lines of the newly established county seat were determined by the banks of the Mississippi River. Many pioneers, traveling by pole rafts on the river, made the wild, wet and swampy wetlands of extreme southern Arkansas their new home.

Mail, supplies and merchandise came by way of river packet boats to Vilemont. People came from as far away as 60 miles in to town to pick up items needed. Vilemont was the center of activity for Chicot County, but not all the activity was of a good nature.

Vilemont was a rough and tumble town. River boatmen, gamblers, thieves and even murderers were among the nearly 500 people who made up the population in the early 1840’s. 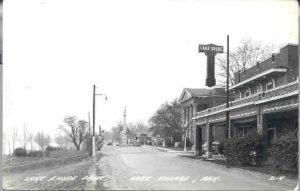 The only two county officials, Sheriff William B. Patton and County Coroner Richard Latting, were kept busy due to the violent and often deadly crimes that occurred in Chicot County. Crime was so bad that before any other county buildings were constructed, the county jail was built.

As if in judgment of the corruption in the town of Vilemont, the Mighty Mississippi began to eat away at the banks of the county seat. In 1847, all that remained of Chicot County’s first seat of government, crumbled and fell into the powerful rushing waters of the Mississippi. Vilemont was no more.

County officials were a little nervous now and decided to move the new county seat inland about 15 miles to a place called Masona. Masona sat on the Bayou Mason. Although the threat of losing the town to the river was no longer a problem, things didn’t fare well in Masona. It was too far away from the river activity. It was then decided to make Lake Village the official and permanent seat of Chicot County. 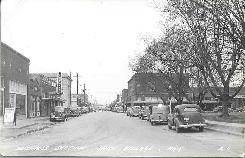 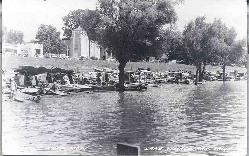 Lake Village was one of the oldest towns in Chicot County. It was located on the banks of beautiful Lake Chicot. Lake Chicot was formed about 1350 when the Mississippi river had changed its course. It was and still is the largest, natural oxbow lake in the nation. The lake was discovered by the French explorer LaSalle in 1686 and was given the name “Isle de Chicot” which means island of stumps. He gave it this name because of the many cypress knees he mistakenly thought were stumps.

Because of its seclusion and the beauty of the lake, the town was a popular place for the river boatmen and other travelers to stop for a few days rest and relaxation. The swampy wetlands offered great hunting opportunities for hunters and trappers. One could find everything from bear to bobcats.

In 1860, Jim Kelley, a slave, formed the first black church in Arkansas. New Hope Missionary Baptist Church is 148 years old and is still an active church in Lake Village.

Some 11 years later, the first mayor of Lake Village was elected. H.S. Wynne entered into office in July of 1901. 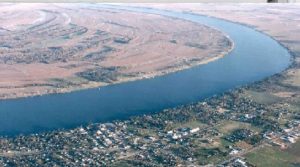 Lake Chicot is the largest natural oxbow lake in the nation. It was formed about 1350 when the Mississippi River decided to change its course. Lake Chicot covers 5,300 acres and is located in extreme southeast Arkansas. Lake Village, the county seat of Chicot County, sits on the west banks of Lake Chicot. The lake has become a popular vacation spot for anglers and tourists who enjoy camping and water sports.

Lake Chicot has a long and interesting history. A Spanish explorer, Hernando de Soto, discovered the lake in the 1500’s. He was given a water burial in Lake Chicot on his way back to the Gulf of Mexico after his discovery of the State of Arkansas.

The lake was given its name by sixteenth century French explorer, LaSalle in 1686. LaSalle mistakenly thought the many cypress knees located in the lake were stumps and gave it the name “Chicot”, meaning stumpy.

In 1855, a small stream of water off of Lake Chicot was given its name, “Whiskey Chute”, when a steamboat laden with whiskey was sunk. John Murrell and his group of outlaws were raided by local officials during a drunken celebration.

In the early 1900’s, people came from all parts of the nation to visit this hunting and fishing mecca. Lake Chicot and the surrounding land offered superb fishing for bass, crappie, bream and catfish. Hunting was excellent for deer and duck. The local businesses flourished and camps and week-end homes began to pop up along the banks of Lake Chicot.

But during this time, other events were changing the life of the lake. With bottomland timber forest being cleared to make way for croplands, the lake took on the burden of rain washed topsoil. The waters soon became so muddy, anglers considered using middle-buster plows in place of outboard motors on the john-boats.

In 1948, the Game and Fish Commission built a dam across the upper end of Lake Chicot hoping to isolate part of the lake from the run-off. But the deterioration of the waters continued. Fishing in the lower lake suffered and the fish population became mostly undesirable rough fish.

After many years of down hill travel, 1985 was the turning point for the once beautiful water of Lake Chicot. That year, the U.S. Army Corps of Engineers pumping plant went on line to divert silt filled run-off into the Mississippi River. The lake quickly cleared. The rough fished were culled and a restocking of the popular sportsfish took place.

Once again, anglers are drawn to the clear water of Lake Chicot. Bluegills, channel catfish, largemouth bass and redear sunfish make for good fishing. Crappie fishing is not up to desired level as in years past . The Arkansas Game & Fish has created a Lake Chicot Management Plan with the aid of a newly formed citizens advisory committee. They are working hard to revitalize the crappie population in Lake Chicot.

The upper lake has access at the Lake Chicot State Park and the lower lake can be accessed from several points along U.S. Hwys. 65 & 82 and Arkansas Hwys. 144 & 159.

Lake Chicot has once again become such an attractive place to visit not only because it has been restored to its former beauty, but because of the variety of good facilities located on the lake. On the northern lakeshore, on Arkansas Hwy 144, is the Lake Chicot State Park. The Arkansas Department of Parks and Tourism facility has fully-equipped cabins, modern campsites, a fish cleaning station, a marina/store, boat rentals, picnic areas, swimming pool and more. Lake Chicot County Park is located on the southern end of the lake. R.V. and camping areas, picnic facilities, a covered pavilion for groups and swimming areas make this a popular spot for the vacationer. For more information on facilities offered, click here to e-mail the Lake Chicot State Park.